I was chatting with a friend the other lady about religious/cultural rituals for the dead and spirits. She was under the impression that the Hindu rituals were to release the soul to the next life or place so they wouldn’t haunt or come back to our physical world. This was a very interesting topic for me as I have said before, my mom came from a very strict Hindu background while my dad was a Roman Catholic. We are closet Hindus though was my paternal grandmother and that side of the family did not like us “mixing religions”. I know my dad resonated more with Hinduism and the rituals probably because he spent a lot of time studying and travelling in India. He was also very spiritual and a great follower of yoga, meditation and self awareness. He had in his lifetime met some of the most important yogis and spiritual gurus and learned almost every meditation or yoga technique. This is before it all became trendy and hip. It was the time when yoga, meditation and spirituality was a holistic approach to life . Despite the peer pressure to not practice Hinduism, my mother always managed to sneak in a temple trip, a ritual here and a prayer there.

As a result I was lucky enough to witness and take part lots of rituals, from new born baby ceremonies to sending off the dead and even coming of age rituals. Some of which I understand and accept but I still never understood why I had to down glasses of raw eggs with castor oil for a month when I first got my period. It was sheer torture and I still gag when I see raw eggs. Ewwww! Apparently the old wives tale was that the mixture helps to aid childbirth. Protein from the eggs for nutritional reasons, to give you strength and the castor oil supposedly helps baby’s journey into the world smoother. I could be wrong but how is force feeding a 14 year old help labour years later? Jury is out on this one for me. But you see there is such so many different rituals, ceremonies, myths and old wive tales to navigate through and this is not just for Indians or Hindus, its in almost every culture, religion or country around the world.

The rituals for the dead in Hinduism is to be a great send off. It is such a beautiful and sacred time for the living to bond with the dead. I always found cremation as the most sensible and quietly satisfying way for the dead to leave us. I remember my dad feeling extremely guilty about not visiting his dad and years later, his mom’s grave. There was pressure to ensure the graves were maintained and squabbles within the family about who should take responsibility. It almost felt that “grandma or grandpa was there – just under neath the moss covered head stone. There was so much emphasis on the grave that we forget they are with us all the time and everywhere. In fact they are least likely to hover around their grave when they no longer have the connection to their physical form.

My father had a Christian funeral leading up to the crematorium. I still choke up when I hear Amazing Grace. Brings me back to the church where I sat like I had a huge stone in my stomach. The Hindu ceremony was a serene, peaceful and spiritual affair. We drove a long way on a narrow road to a different town with my dad’s ashes. I was a little apprehensive about having his ashes so close but remember, I was still resisting my spirituality in those days.  We had a car load of flowers, incense, fruits and a long list of things the priest had asked us to bring including his payment.  We arrived at a very humble shrine set precariously on the edge of a very fast moving river. My brother, as the son was asked to put on a “vaisti” and take his shirt off. The priest put on a thick thread around him and did some special prayers to “protect” him. Obviously now I do question why he needed protection as my dad was unlikely to want to hurt his beloved son and spirits vibrate on love not hate.

We watched as they both waded into the middle of the river which was tricky as the stones underneath were slippery and the undercurrents strong. They poured his ashes into a brass container and the priest chanted mantras as my dad was released to the river. As my brother poured him little by little into the water, the light grey cloud blended into the water, turning dark and then disappear as quickly as they appeared.

And suddenly dawn  broke and a ray of light hit my brother and the brass container he was holding so we were all dazzled with golden light for a minute. And then a flock of birds appeared out of no where and flew up in the sky and away. It was the most beautiful moment of my life and I cried but it was from happiness. I knew right then and there that my dad was free and in peace. I saw it as a send off, the best way to let him go on to whatever came next.

The conversation I had with this lady was about rituals Hindus such as these. Proper Hindu rituals would have more to it than what we did for my dad but they have a similar purpose. I found a beautiful article on this which was an interesting read.

Back to the question about these rituals serving a purpose e.g so they won’t come back and why and how spirits communicate with Mediums, well the answer is simple. These rituals are simply man made ceremonies which were put into place as a way for the living to say goodbye and send off their loved ones who have passed.  In the stone age, I can only assume that when someone died, they would either leave them somewhere far away or bury them. But then people would have found it really difficult to cope with the loss – of their presence, their laughter and personality around them. Not being able to reach out and touch someone, knowing you will never be able to do so is a huge part of the grieving process. Eventually mankind realised they had to do something to mark the passing of another human being and every culture and religion have their own way of saying goodbye. 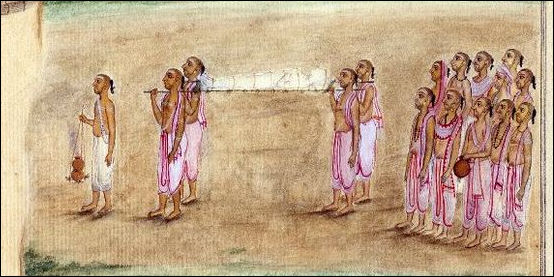 Hindus have very specific rituals to follow when someone has passed and the first year anniversary for example is a big event. There is lots of things to buy, make, cook and prepare and people to invite. Food is cooked and a separate setting with food, drinks and lot of ceremonial items placed near the persons’ photo. After a long and very intensive prayer session, everyone sits down for a meal. Tears are shed, stories told and hearts full of memories.

The spirit world appreciates such gestures and look down on these days with fondness but they need nothing except our love and to be remembered.  They don’t come back to us to haunt us but only to say hello and to let you know they still love and care.

Why do they “come back” ? Wouldn’t you if you had a chance to speak through a medium or to visit the family to see how they are getting on? It always boils down to “what would you do if you had the chance?  They don’t actually come back but merely a moment occurs where they can see us and realise they are able to communicate. Its like a veil has lifted and a special flash second of love between the two worlds is possible.

Put what you have been told about the dead, death and the spirit world — just open your hearts to the possibilities.

Build the rainbow bridge with love, don’t destroy it with fear – Angela Mitchell

Learn how to Read Angela Cards

Connect with your Spirit Guides

Angel Message for today! Who can relate to this? ... See MoreSee Less

Happy Full Moon! Who is feeling the full moon energy in their throat? The throat chakra will be activated tonight. Don't forget to read my full guide on the post below.You can do your full moon ritual on the 17th/18th.For the full ritual - angela-mitchell.co.uk/fullmoonrituals ... See MoreSee Less