Angela is a third-generation psychic medium. Her grandmother was a natural psychic, healer and medicine woman in Malaysia. Angela’s aunt, Parvathi was a trance medium and her sister, Maria, Angela’s mother was a sensitive. Now Angela is following in their footsteps to provide clear, accurate and heartfelt messages from the spirit world to provide comfort to the living.  She spent most of her life as a successful and well-known journalist in Malaysia and then ventured into communications and marketing for international development organisations, NGO’s and IT companies in Sweden and the UK.  She knew the time had come for her to step into her spiritual path in 2013 and took a break from everything to go on a spiritual journey. She was eventually led to explore her abilities and went on to be trained by some of the best mediums in the UK and the US such as James Van Praagh, John Holland, Tony Stockwell, Mavis Pittilla.   She has also studied Tibetan Dream Yoga and Dream Analysis under the guidance of Dr Nida Chenagtsang who is from Rebkong region of Tibet, home to famous Ngakpa yogis from whose lineage he descends.

She continues to train at the world-renowned Arthur Findlay College for the Advancement of Spiritualism and Psychic Sciences. AFC has enabled her to fine-tune her mediumship and psychic art to a professional standard. It continues to challenge her to achieve high-quality spiritual ethics as close to the 7 principles of the Spiritualist National Union as possible. Angela believes strongly in personal responsibility and works to a high standard in all that she does, whether it is readings, healing or teaching. She has been able to receive good reviews and recommendations from her teachers who are renowned mediums and teachers, her colleagues and clients. Throughout it all, Angela has remained true to her self and her calling, always allowing her gifts to unfold naturally and being open to new experiences. Angela is a very normal fun-loving person who is bubbly, funny, quirky at times, maybe even silly, loves socialising, cooking, charity work and travel. When she is not being all “woo woo”, she loves spending time with her lovely husband Peter, working on her paintings, playing board games, writing her book or out with friends, trying to make the most out of life. Angela loves travelling, cooking and meditating.

As a child, I was aware there was another dimension to our world.  I have memories of knowing visits from my grandmother and other spirit people even in my cot. I know my grandmother came to me many times after she passed. I have always had a sense of knowing and very often a sense of “feeling” even at a young age. I would tell my father not to go out, much to his annoyance and later on, to find that he had been in a minor accident or the car had broken down. The first time I saw spirit and had the awareness that it was indeed a spirit, was when I was 10.  It started after I had a spontaneous Out of Body Experience. 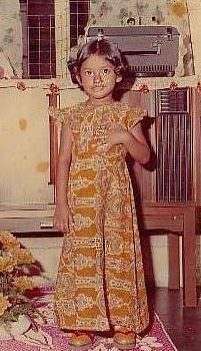 I had no idea what was happening to me and why but it was scary and fantastic at the same time. A few days later I came home after school and found my neighbour sitting on a tree in his garden. I thought it was rather odd considering he had been in the hospital recently. He was smiling and waving at me as he sat there in his stripe pyjamas. I waved to him and went inside to tell my mom about what I had seen. My mother’s reaction was unexpected. She looked really cross and swiftly took me outside to look at Mr Lee’s house through the fence. The sliding door was open and the curtains were missing. I could see through the front room. There was a coffin and a huge picture of Mr Lee at the end of it. 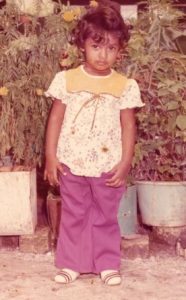 My mother said Mr Lee had passed away earlier the day while I was at school.  I looked back at the tree and Mr Lee looked happy and well. It was a strange and very confusing moment. My mother was understanding but she thought it was better we kept it to ourselves. My parents were spiritual and explored meditation, yoga and very open to mediums and clairvoyants. They, however, didn’t know what to do with their young child who was very mediumistic. They accepted but couldn’t really help me develop. This followed many years of an inner struggle with the gift. I used to think it was a curse because I was always open! I would see different paranormal activity around me, spirits trying to reach out to me all the time and worse still, being so sensitive that I couldn’t walk into a house without sensing something. Some people accepted my gift but others were not so understanding. I learned to shut myself off and kept my sensitivities to myself. So there were many in my circle of friends who had no idea that I had this ability and quite rightly surprised when they heard I was a professional medium.

Being able to walk in the path I was meant to, has made me so happy and brought clarity to my life.

I hope I can do the same to every single person who I come across, whether it is through readings, my words, healing or teachings – I hope you will have clarity, love and happiness in your life. I truly love and believe in what I do. I am a lightworker and I aim to bring light, honesty, love and positivity into everything I do

SPIRIT PORTRAIT - NOT TAKEN YET So today something magical happened. May not mean much to anyone else but for me, it was a step forward in my spirit art portraits. I was clearing up the spare room when I found my watercolours and suddenly I heard a voice whisper "draw me" I have to say I was a little startled as the voice was very loud and clear! So I grabbed what I needed and went downstairs, and the moment I put the brush on the paper, the face emerged. Why was this special as I have been drawing faces for some time right? Well, I normally use pastels, pastel pencils, charcoal, and pencils. Watercolours are not what I normally paint with and very rarely use them. It is also harder to do portraits with them. You have to learn the proper techniques and so on.It flowed easily and I managed to get most of the features he wanted me to put in. He helped to adjust his nose and then made sure I put in some blue in his eyes.So here is what he passed on to me:I felt I was looking at a photo taken in a sunny location such as Spain. He had sunkissed skin which made me feel he lived in Spain or visited frequently. There is a connection to either having dealt with gold or someone having one of his gold watches. He made me aware of a likeness for good quality whiskey, and boats and loved the sea or seaside. I found him to be someone who loved the outdoors. He regrets that his sister had to deal with the aftermath of his passing. He also regrets believing or allowing himself to be led by someone. I couldn’t shake the feeling that he was betrayed by this person and this led to his death. There was definitely a neck wound or he would have needed a tracheostomy. This is a man who liked luxury and had a good quality of life. He was also someone who looked after himself and had a penchant for nice clothes and looking good. There is a lot of information there so I am grateful he was willing to share some of his painful memories.If you recognise him and the information provided then please comment below. Once we have established the connection then I will be pleased to pass on any messages he may have for free. Please be informed that this will not be a full-on mediumship reading. Please do feel free to share this post so we can find his loved ones xAngela #SpiritPortrait #mediumship #mediumshipreadings #psychic #psychicreading ... See MoreSee Less